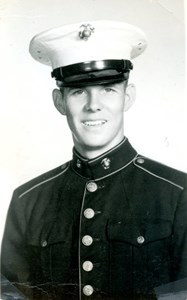 Robert was born on June 16, 1937, son of the late William Montford and Eunice (Windsor) Stewart. He honorably served his country as a member of the United States Marine Corps from 1956 to 1959. On June 3, 1956, he married Cornelia A. Day. Robert enjoyed fishing, and spending time with family. He was hardworking, strong, and a devoted husband and father . One of his greatest achievements was raising four children. From the four children he became a loving and supportive grandfather, and then a great grandfather.

He was preceded in death by his parents, and two brothers, James Lloyd, and Jerry Stewart.