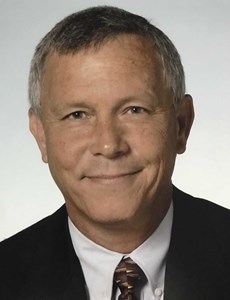 James Mertz Hanberry II, passed away on July 29, 2019 peacefully at home surrounded by his wife and two of his children. Mertz was born on September 24, 1951 in Pensacola, Florida. His family moved to Orlando, Florida in 1966 and he called it home.

He attended William R. Boone High school, followed by Valencia Community College, University of Central Florida, and earned his Master of Business Administration at Rollins College before launching into his long career at Lockheed Martin.

He is survived by his wife Kimberly, daughter Tana, sons James and Joseph Colby, his sister Lynn and brother-in-law Mike, his brother Lee and sister-in-law Kathy, his nephews: Jeremy, Jacob, Daniel, Harrison and Paul; his nieces: Bri, Jessica, Sarah and Hannah; his great-niece Storm, his great-nephews Quinn and Owen, his Aunt Carolyn, his uncle Larry, and his cousins.

He enjoyed simple pleasures in life that included: fall football season, beach time with the family, suppertime, golfing with friends, attending concerts, and listening to music at his favorite venue – his back porch – usually with a cat on his lap. If you asked him yourself, he would tell you that being “Coach Mertz” for his son Colby’s little league baseball team at Delaney Park were his favorite years spent in his life. His children were the light of his life.

His dedication, devotion, love and loyalty will be missed greatly by his co-workers, friends, and family. We will also miss his unmistakable laugh, sense of humor, sharp wit, and his famous mix tapes.

In lieu of flowers, the family has chosen the Samaritan Resource Center of Orlando (https://samaritanresourcecenter.org/) for any donations should you feel compelled. Homelessness was an important cause to Mertz; he always had a tender heart for our neighbors in need.