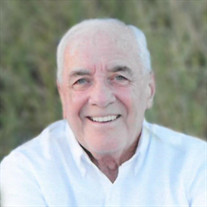 He was born on December 25, 1942 to William and Catherine (Carr) Fitzgerald in Philadelphia, PA. He is a Veteran of The US Air force. He was an avid boater. Having a U.S. Coast Guard Captain's license he spent many years as an active member of the Kissimmee Boat-A-Cade and the Central Florida Cruise Club. He enjoyed traveling, RVing and woodworking. He enjoyed all sports and spending time with family. Donald is survived by his loving wife Linda, three daughters, Dawn Parker, Jennifer (Jason) Wagner and Donna Hano; two sons, Donald Fitzgerald, Jr. and Michael Fitzgerald. He is also survived by 10 grandchildren and 5 great-grandchildren.

Want to get notified whenever we write about Osceola Memory Gardens Cemetery Funeral Homes & Crematory ?

Sign-up Next time we write about Osceola Memory Gardens Cemetery Funeral Homes & Crematory, we'll email you a link to the story. You may edit your settings or unsubscribe at any time.