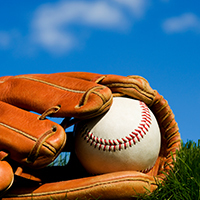 Paul Anthony Staskus, 86, of Orlando, Florida passed away on January 12, 2020. He was born on March 17, 1933 in Allegheny County, Pennsylvania to Paul and Nina Staskus. He was a first generation American Staskus.

He was preceded in death by his wife, Cecilia Staskus; his parents, Paul and Nina Staskus; his son, Matthew Staskus; and his three siblings, Jack, Sally, and Tony.

Paul is survived by his children, Cathy Staskus, Theresa Staskus, and Mark (Toni) Staskus; and his grandchildren, Jason, Jennifer, Stephanie, Tiffany, and Joshua.

Paul grew up outside of Pittsburgh, Pennsylvania. One of his earliest jobs was in a steel mill, before joining the Army in 1953. He was stationed in Germany, and loved living there. While stationed in Germany, Paul enjoyed playing football, softball, and basketball. He met his wife, Cecilia, on St. Pete Beach while he was on leave. He left the Army in 1955, and married Cecilia the following year. Paul and Cecilia had their first son, Matthew, in 1958, and moved to Gainesville, Florida where Paul would enroll at the University of Florida to pursue his engineering degree. When he finished his degree, he and his family relocated to Orlando, and he began working at NASA. Paul remained at NASA until 1999 when he retired.

In lieu of flowers, the Staskus family has asked that donations be made to PBS in his name.